Into The Kalahari Desert

The first leg of our journey was from Lanseria airport near Johannesburg, South Africa to Gabarone, Botswana.  As you can see, Paul and I were dressed for the occasion and ready to go: 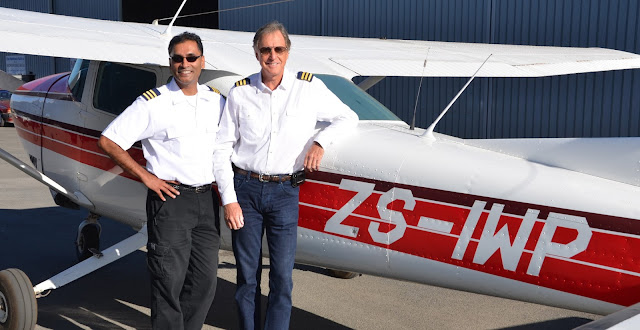 We had 4 planes in our convoy and we flew in a loose formation the whole way.  The lead plane did the radios and planes 2 - 4 followed along visually with a 5 second delay on takeoff and transponders off during the flight.  Paul and I were in the 4th plane.  Since he was flying the first leg, I had plenty of time to take pictures, like this one of the Hartebeespoort Dam: 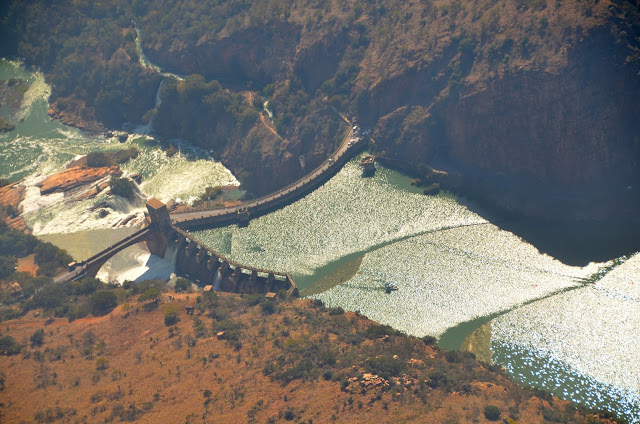 While we had a flight plan and plenty of GPS equipment, navigation was as simple as "follow the green plane in front of us".  As you can see below, we did that pretty well: 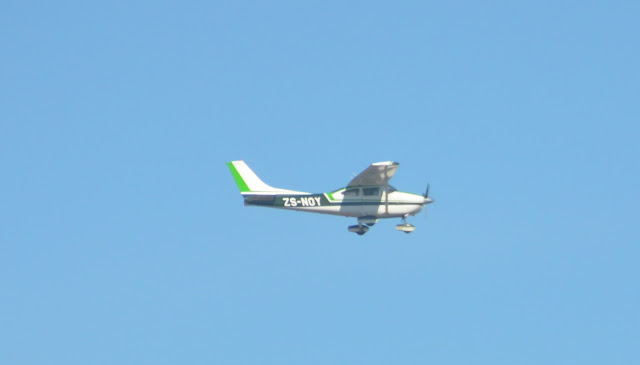 We remained in formation all the way to Gabarone, Botswana, where we got a group clearance to land.  You can see in the picture below that the 2nd plane in our group was turning off the runway, while plane 3 was landing and were just behind them on short final! 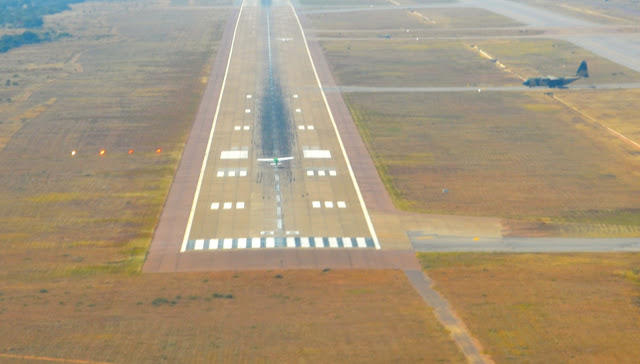 After a quick stop for fuel and customs, we were off on the next leg directly into the Kalahari Desert.  I did the flying on this leg and it was the most remote environment I had ever seen!  No roads, no lakes, no towns... Basically NOTHING as far as you could see in any direction.  But I did get to do my first dirt strip landing!  It was the private landing strip of the Haina Kalahari Lodge!  Upon landing, we were were picked up by land cruiser at the side of the runway and taken to a "very comfortable" lodge right in the middle of a game reserve.  I knew we would be staying in a tent.  However, it was the most luxurious tent I had ever seen: 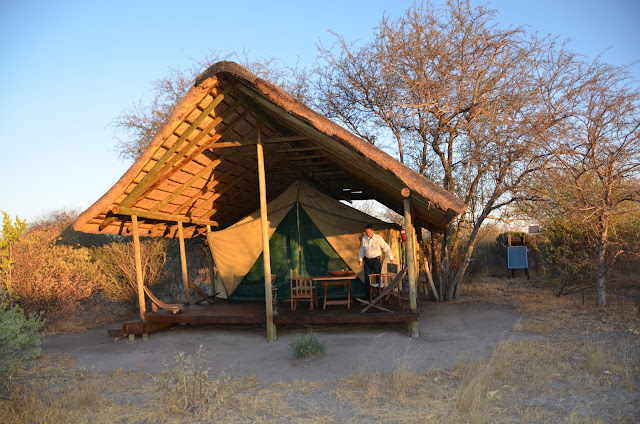 We were entirely out of cell phone range and 120 km from the nearest town.  But, we were not exactly roughing it ;-)
Oh and best of all, the lodge had a satellite dish that enabled internet connectivity, which is why I am able to make this post!
Next we have a day off from flying to go see some of the animals in the area.  Stay tuned for some hopefully wild animal pictures (whenever I can find connectivity again).
Cheers,

Email ThisBlogThis!Share to TwitterShare to FacebookShare to Pinterest
Labels: safari