With only a week before my Singapore adventures begin, I had to squeeze in one last US flight adventure. So this weekend, a fellow Cirrus pilot (David) and I did Cirrus formation flight training @ McCollum field with a couple of former US Air Force pilots(Rich & Stan), who are pictured below during our pre-flight briefing: 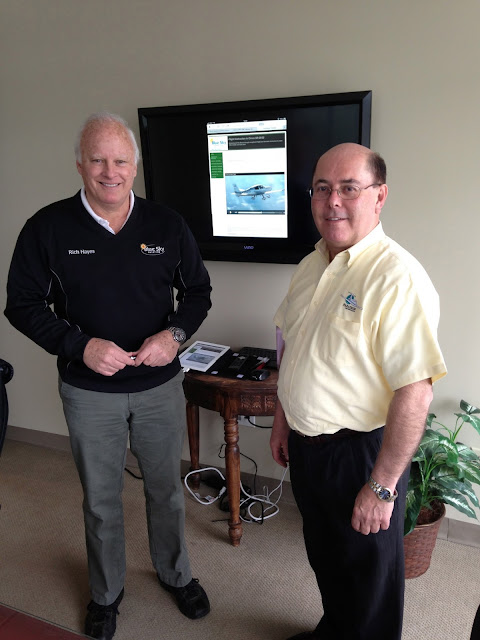 During the briefing, David and I learned about formation protocols, hand signals, and the various maneuvers we were about to do.
After a minor maintenance delay, it was time to depart. But the weather was not ideal.
It was dreary and windy with an overcast layer @ ~ 3000 FT and too much crosswind for a true formation takeoff . Instead, we did an interval takeoff with 10 second spacing.
By staying below the clouds at least we didn't have the sun in our eyes! (How's that 4 looking on the bright side of things) ;-)
Rich sat right seat in my plane, while Stan sat right seat in David's plane. We took turns in the lead position and proceeded to do all of the maneuvers we learned on the ground, such as root, fingertip, and echelon turns.
Here is a picture of David & Stan just approaching on my left wing: 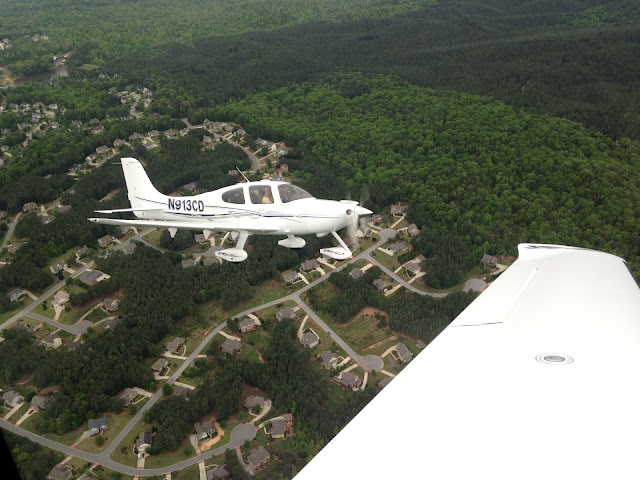 You can see some of the flight in the clip below:

After the basic maneuvers, then the real fun began! We did high speed formation approaches back at McCollum field, followed by very steep (greater than 60 degree bank) power off touch and goes!
Clearly the R9 was not accustomed to such aggressive flight attitudes and we even heard the avionics warnings, such as "excessive sink" and "excessive bank"!

I am still working on part 2 of the video, which shows the approach and landings.

Check back on my Youtube channel in a couple of days to see it.

Overall, it was an incredible experience that I highly recommend to any pilot!

This type of training does wonders for improving the precision of your stick and rudder skills!
Despite the dreary weather, you can see everyone had huge smiles after the flight: 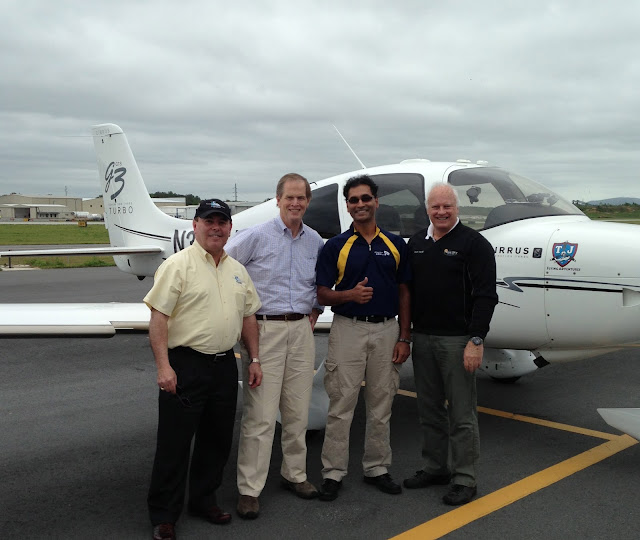