After a couple of weeks of preparation, I was totally ready for my flight in Germany.
While I had read up on the many nuances of flying here, I didn't really look carefully enough at the map.  I didn't realize how close Baden-Baden was to France.  In fact, my hotel was walking distance to the French border!
This also meant that it would be easily possible to squeeze in quick trip to France as part of the training flight.  My instructor (Trip) suggested a great little airport on the French side near the border that had an unusual point of interest that most americans seem to like ( more on that later).
With Trip in the right seat, pre-flight complete and the fuel tanks topped off, I was finally ready for takeoff for my first European flight!
The weather was beautiful.  But since we would be crossing a border, we had to file a VFR flight plan.  The ATC communications were quite simple (and in English).  So I handled all of the radios and awkwardly tried to remember to say "November" before my call sign each time.  But interestingly, when you are flying VFR, the ATC communications can also be in local language.  It was wild to hear radio chatter from other airplanes in German, French and English all on the same short flight!
I flew the ILS approach  into Colmar, France, which was tough because of the distracting scenery!  The castle below was just a few degrees right of the localizer: 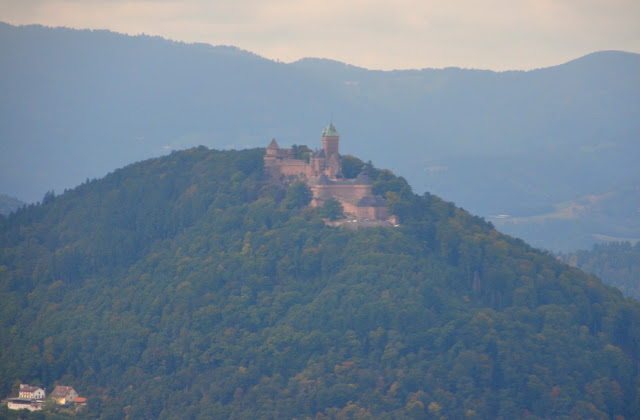 After landing, I was instructed to park on a grass apron (another first for me) 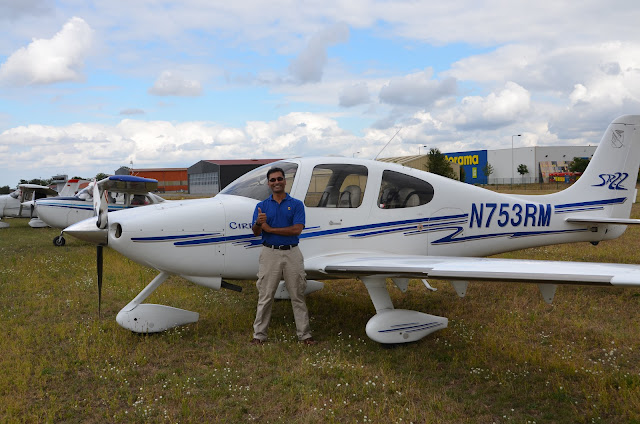 Just a few minute walk from the airport, we saw the statue of liberty!  Apparently, the original designer of the statue was from Colmar.  So in his honor, the town built a scale replica that is 12 meters tall, and perhaps on better condition than the original! 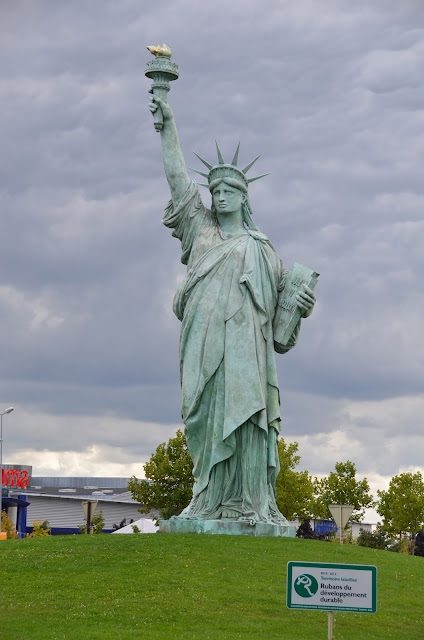 After a quick visit, we were back in the air doing air work at low altitude flying northbound along the Rhine river. 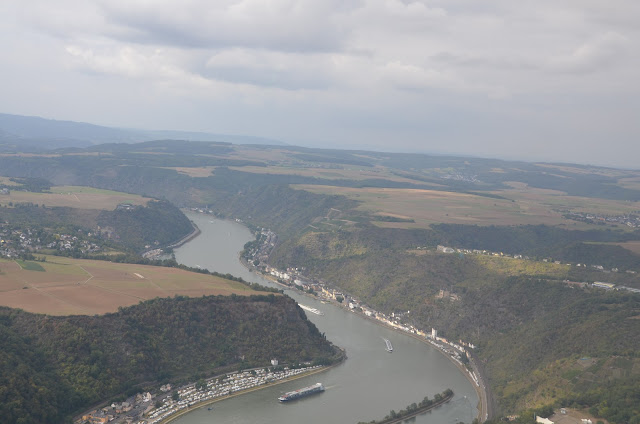 It was an incredibly scenic ride and we seemed to "find" castles everywhere.  My favorite one was near Heidelberg, which you can see below. 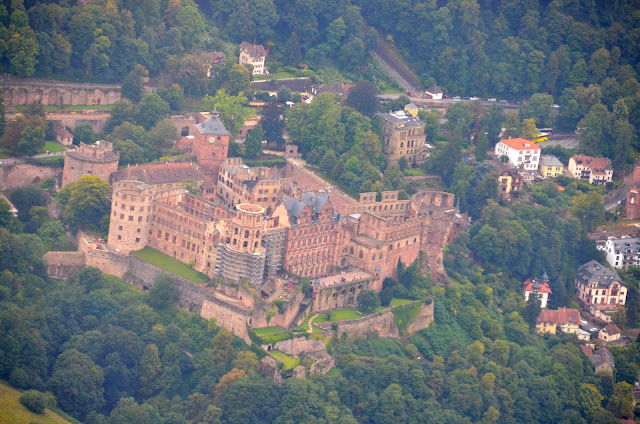 After all the training/sightseeing, I got a little bit of excitement on the final landing.
As we were on mid-field right downwind to the 10,000 FT runway in Baden-Baden, there was a Ryan Air jet on 7 mile final and the tower asked me if I could do an "expedited landing".  I immediately said "affirmative".

At this point, Trip decided to throw one last surprise at me.  He pulled the power to idle and announced "I think we have an engine failure."  So I had to do a power off 180 to a full stop landing!
I think he really just wanted to remind me that this was a training flight and not just sightseeing!