Shaking Off The Rust / Test Flight

Last week I returned from China and was planning to go a for a joyride with a fellow pilot named Ron, who was visiting town from Atlanta.
This flight was a multi-purpose mission:
First, and most important, I wanted to "shake off the rust" after 2 1/2 weeks of zero hours in the logbook.
Second, it is always fun to go for a joyride over Tampa Bay with a fellow pilot.  I was planning to fly over Clearwater Beach and shoot some approaches @ Sarasota and St Petersburg.
Third, I wanted to test out the new Lopresti "Ice-Skates".
No ... the "Ice-Skates" don't let me land on ice... However, they allegedly add a "few" knots to your cruise speed and they also provide a cool little door that lets you get access to your tires.  This is such a simple modification, I have always been surprised that Cirrus didn't make this a standard feature of all SR22s.  You can see the finished product (sans decals) below: 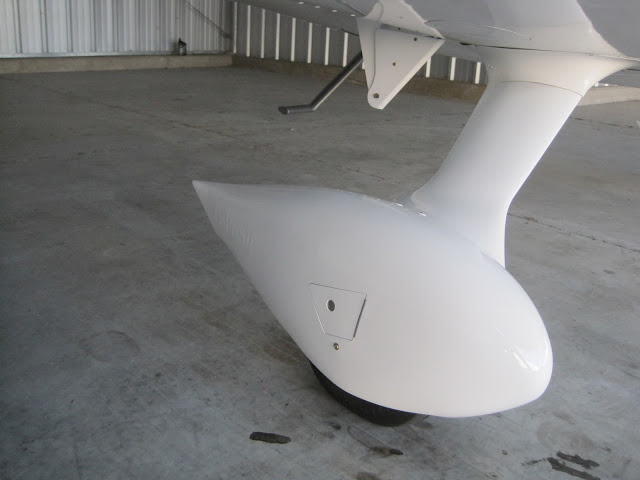 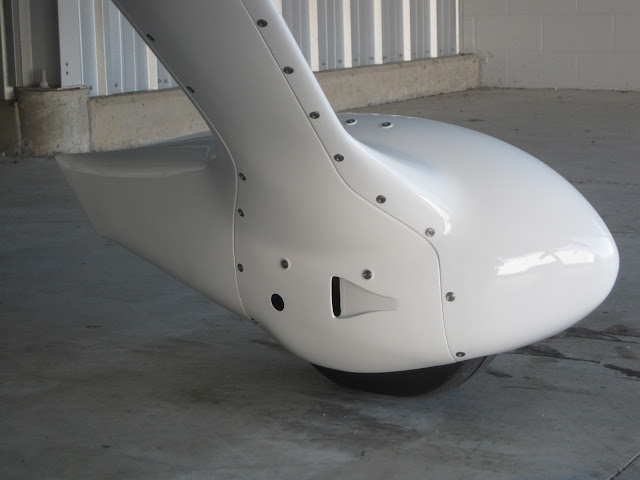 Ron and I got to the airport shortly after lunch.  I called from the car to have the line guys pull the plane out and have it ready right in front of the terminal.  (I know that sounds lazy... But I usually do this when I have passengers)  When we arrived, the first important task was to update the R9 charts/GPS.  While that was running,  I conducted the usual preflight.  Everything looked in order and we climbed in ready to go...
Unfortunately, "Murphy" had other ideas!  The plane simply would not start!!
Ugg... The only good thing was that I was at home base and Jonathan from Leading Edge was able to come over and quickly diagnose that I had a bad Mag :-(
So my test flight was delayed for a couple of days... :-(
A few days later, I finally got to take the test flight.  This time I was alone and being even more cautious than usual.  On the ground, I did 2 full mag checks and everything checked out perfectly.  Then after a simple take off, I climbed north of Zephyr Hills and leveled off @ 3500 FT.  Winds were 210@22 and I decided to do an in-flight mag check, which also checked out fine!
Confident that the plane was in good working order, I decided to check out the Ice Skate performance.  I climbed up to ~ 11,500 FT and leveled off at a typical cruise configuration.  Usually, this would yield between 175 - 180 knots.  However, the winds were now 240 @ 34.  Given the winds, I couldn't figure out if the Ice Skates really helped or not.  So I guess that will need to be another test flight on a calm wind day.
With all tests complete, it was time to practice a little... I did a couple of 360s, slow flight and then did a couple of GPS approaches into Lakeland.  This time I wanted to play with the GPS features of the Contour camera and I think I have finally figured it out!  Haven't had to time to edit the video yet... But hopefully in the next couple of days.

Email ThisBlogThis!Share to TwitterShare to FacebookShare to Pinterest
Labels: maintenance